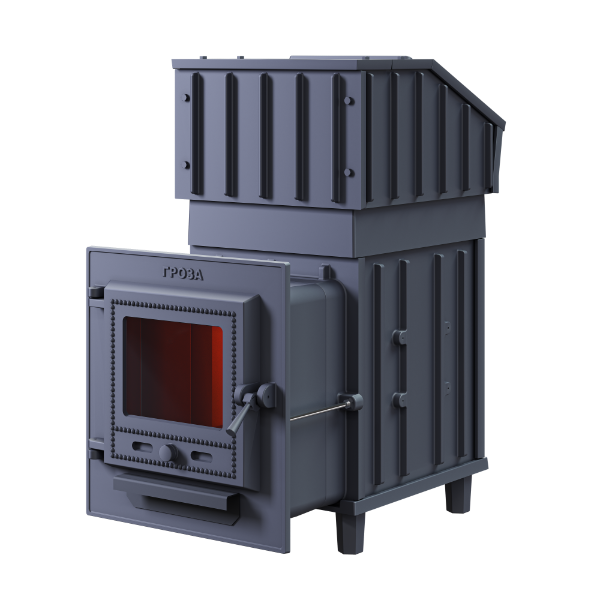 Cast iron sauna stoves TM "Groza" are modern stoves designed for small and medium-sized steam rooms. The furnace has a solid prefabricated structure, without threaded and welded joints, the parts are made of alloyed cast iron. The furnace of the Thunderstorm furnaces consists of two chambers separated by a flame arrester. Radiator protrusions of the heater, directed deep into the furnace, increase the area of ​​contact between the fire and the heater and the efficiency of heat removal. To increase the heating surface area of ​​the stones, the heater is equipped on the outside with cast-iron spikes pointing upwards. Bath stones or additional cast-iron mortgages, such as cores and cast-iron cones, are placed between the spikes. The cast iron spikes themselves are also part of the charge for better water evaporation.