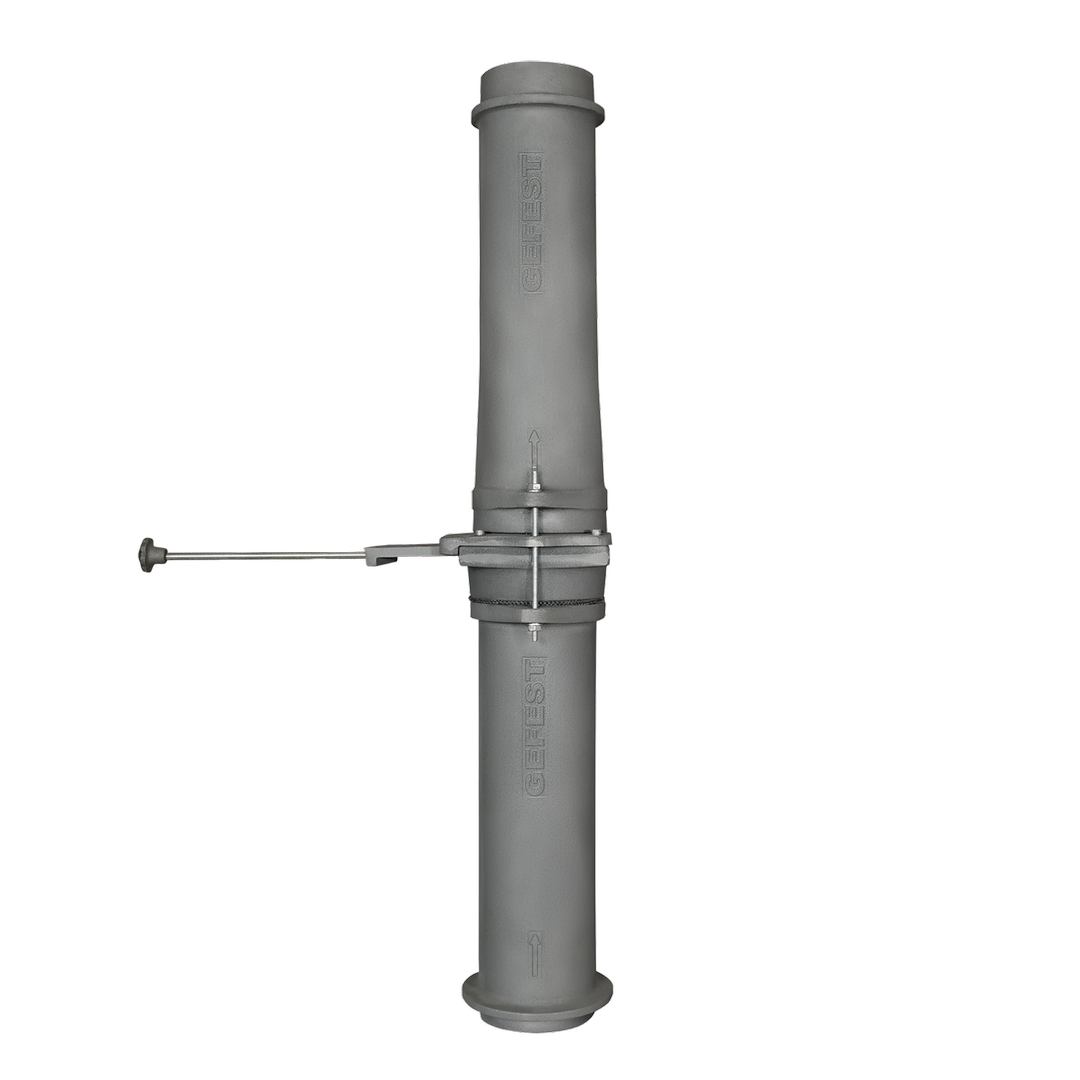 The cast iron gate module f130 / 1000 is intended for installation as a starting element on the Hephaestus / Thunderstorm / Thunder furnace instead of the standard branch pipe. Consists of 2 sections of cast iron starting pipes with a cast iron slide block installed between them.
Provides reliability and durability of the most loaded section of the chimney. The vane block allows you to effectively regulate the intensity of combustion during firing and preservation of heat in the furnace after the cessation of combustion.
The first element of the chimney system is installed on the branch pipe of the gate module, such as a start-transition or a boiler adapter.